Avia News » Hot » What to do if your luggage is damaged 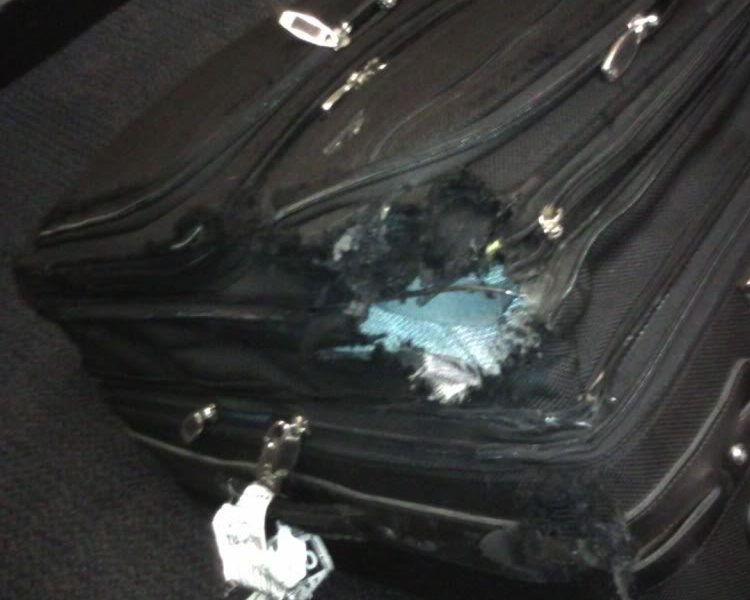 What to do if your luggage is damaged

Last year having flown a flight operated by American Airlines a passenger discovered her suitcase to be absolutely damaged with personal things missing and has stains all over. She managed to get a $3,500 compensation. Moreover, a passengers being serviced by United found something similar to bloodstains was everywhere on their luggage.

It is impossible to predict what can happen to your suitcase after leaving at the check-in desk. But when there is something wrong with your suitcase it is advisable to file a claim to an aircarrier. The process can be long-lasting. But eventually you can have your bag replaced or money compensation.

Before setting off to the airport, take pictures of your bag they will serve as some kind of evidence if necessary. They will prove that the bag was safe before the departure. Moreover, you had better film a video that proves that bagwheels and handle do work.

As some passengers were refused in making up for their suitcases. As no proof of them being safe before their take-off could be provided. But do not forget to put a time-stamp on your pictures or videos. Furthermore, the picture can be useful if your suitcase is lost. Just show it at the baggage claim.

In most cases airlines are not obliged to compensate for ordinary wear-and—tears. Put it in other words, if you get your luggage scuffed or stained, so it is likely that there will be no refund for it. For instance, in terms of United and American Airlines it is stated that no compensation for suitcase of poor quality or overpacked ones.

So, file a claim at an airline’s counter at baggage claim. Provide an airline representative with photos and receipt (if you have it), an airline’s rep will examine it and in a while you will get an email. An email will say if your claim is satisfied.