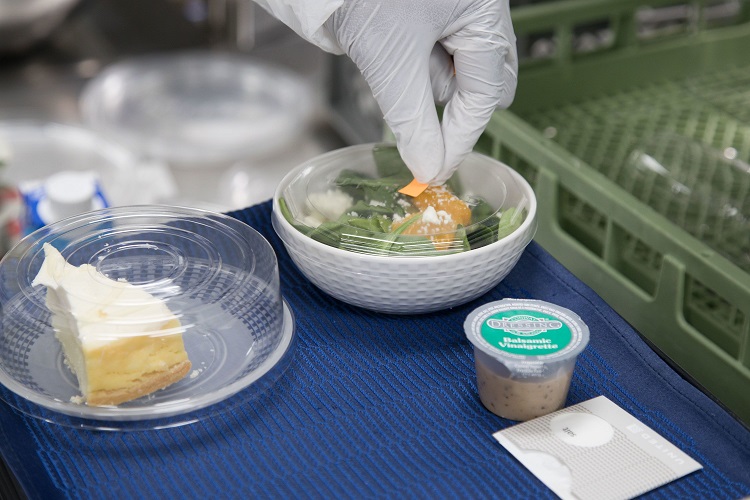 A vegan inflight menu is on the way. The flights operated by United Airlines are about to have it. As a part of its Flight Plan 2020 United Airlines has announced in Chicago to add it.

The airline company is customer-oriented that is why it does its best to meet its customers’ demands and food is not an exception. They consider it to be important to follow trends and in food as well.

For example, this year there is a new option of gluten-free meal inflight. Next year they are aimed at launching vegan ones. Beetroot hummus, roasted curry cauliflower, and stuffed grape leaf with vegan fillings flavoured with yogurt are going to be served on board.

According to United Airline’s executive chef they always make efforts to perfect its in-flight meals which are on the menu. Recollecting 1985 he would have never believed that food service on board would be like that. The travelers wanted just to get from one destination to another. And now it is completely different. The passengers find it important what meal is served. It is all due to cable TV and food network. The majority of their clients are food gourmets.

They are focused on listening to their customers. And they pay attention to the feedback they receive in order to improve their service. Thus, for instance, taking into account the animal protection awareness in 2013 they stopped transporting animals meant for laboratory researches.