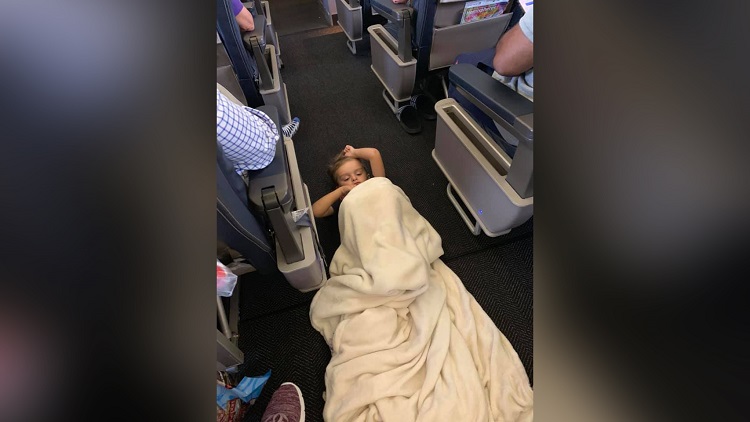 United crew and passengers helped the autistic boy onboard

A four-year old child with autism as a rule likes to fly by planes. Although this very time everything was different. The bot was flying the flight operated by United Airlines. It was flying from San Diego to Houston. The crew members and passengers together came to help the boy.

According to the mom’s report the boy in question expressed his desire to sit on the floor and removed his seatbelt. And there was no way to convince him to change his mind. He began hitting his parents and crying.
Following the instructions the flight attendant told them that the plane could not take off until all the passengers are seated. The parents informed that the boy has autism. The cabin crew returned with two others and suggested their help. They let the boy sit on his mother’s lap during the takeoff. When the seat belt sign was off, they allowed him to take a sit on the floor.

It happened that he kicked some passengers but they did not mind. And some of them tried to make friends with the boy giving him high fives, showing pictures from their phones and so on. The flight attendant took care of everything. The parents are grateful the way United crew members dealt with the incident.

United Airlines in response expressed that they are happy that the crew members were able to make the flight convenient. Moreover, they are happy to have such supportive travellers onboard.