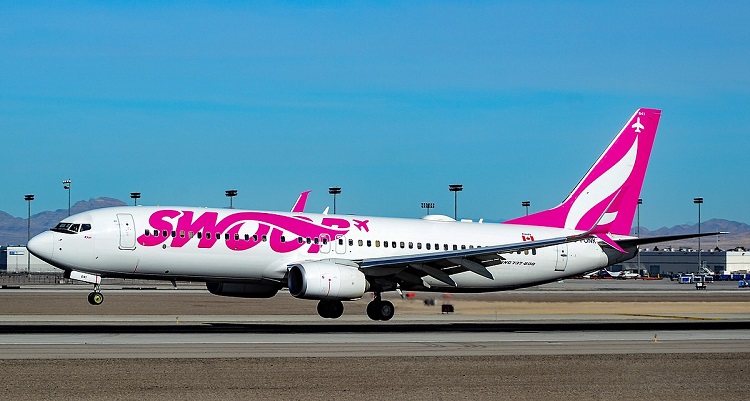 On Tuesday a flight operated by Swoop made an emergency landing in Abbotsford. It was heading to Edmonton.

As the airline company’s representative says the flight made a safe landing in Abbotsford. It was flight 312 and the emergency situation took place after the aircraft struck birds. It happened in some time after the plane took off.

All the travellers got off the plane. It was Boeing 737. They had to wait in the terminal for further directions.

The company took it to Twitter saying that the landing was safe and the passengers disembarked safely as well. The captain’s and crew’s actions ensured the travellers’ safety.

The Swoop plane is out of service now and it is going to be thoroughly inspected. The airline company is trying to solve the matter of accommodation for 176 passengers and find alternative ways of getting to their destinations.

Safety is the company’s top priority. That is why all the decisions they make are first of all in the interests of their passengers and crew’s safety.

Fadhi Abu-Ghanem seating at the back of the plane informs that he noticed flames and he even captured that on the video. He started panicking and yelling saying that there was fire in the right engine. The flight attendant came up to him to find out what was going on.

They were approximately about several thousand feet in the air with the fire coming out of the engine. So, the captain announced of his decision to make an emergency landing.