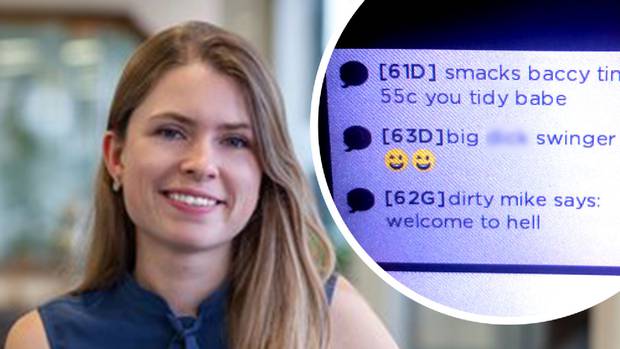 Soon after the plane departed from the airport the passenger says she began to get distressing messages on the inflight system. The flight was heading to Washington, DC from London.

The pasenger was flying on business. According to her reports she went to the bathroom shortly after the take-off. Having got back to her seat someone started texting her.

The flight was operated by Virgin Atlantic. Its in-flight entertainment system has the following options: watching films, TV, playing games and texting to the passengers onboard.

The unwelcome messages turned out to be sent by the passengers who occupied seats behind her. She passed them while going to the restroom.
The messages addressed her seat number precisely.

Though she couldn’t help keeping the incident on mind during the whole flight. It was tiresome. And she felt unsafe and stressed. It is beyond any understanding how anyone dares to send unwelcome messages during the trip. It prevents another passenger travelling on her own from enjoying a peaceful flight.

The young men proved to be the ones who were involved in the incident. The group’s rugby coach apologized for their inappropriate behaviour.
A Virgin Atlantic representative has confirmed the situation and they are looking into the matter. As their top priority is to make all the passengers feel safe and at ease during the flight. They are not going to tolerate any inappropriate comduct. Moreover, they are trying to improve their in-flight system for such incidents never happen again.