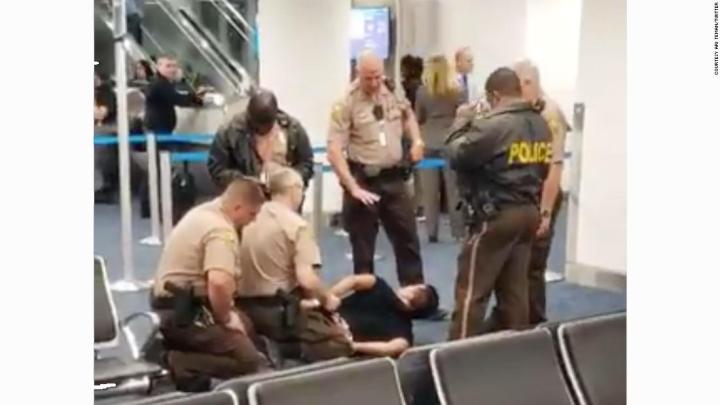 Passenger arrested after forcing himself onto American Airlines flight

The traveler was arrested at Miami International Airport on September, 7. The reason was his attempt to make his way to the aircraft. He had a ticket. He managed to run on the aircraft bridge passing by the gate agent. It took place while there was a boarding. It was flight number 1060. The plane was supposed to fly from Miami to Newark. The flight in question was operated by American Airlines.

One traveler captured everything on the video while he was on the point of boarding the plane. The video shows a man being arrested and removed from the plane.

The man in question got on the plane. There he began crying that it was his aircraft and that he was working for the FBI. The passengers started to get up to see what was going on. The aisle turned out to be blocked. Thus they informed the security. They took him off the plane.

The traveler was arrested by the Baker Act. According to it is allowed to hold under arrest up to 72 hours at a mental health facility in case there any of the signs mentioned in it. In order to evaluate the health condition the traveler was taken to Jackson Memorial Hospital.

All the passengers had to leave the flight after the incident. In the interests of safety the plane had a security check. Afterwards the travelers were allowed to start boarding again in order to continue their trip. There was a three and a half hour delay. So, the plane took off at 10.17 a.m.