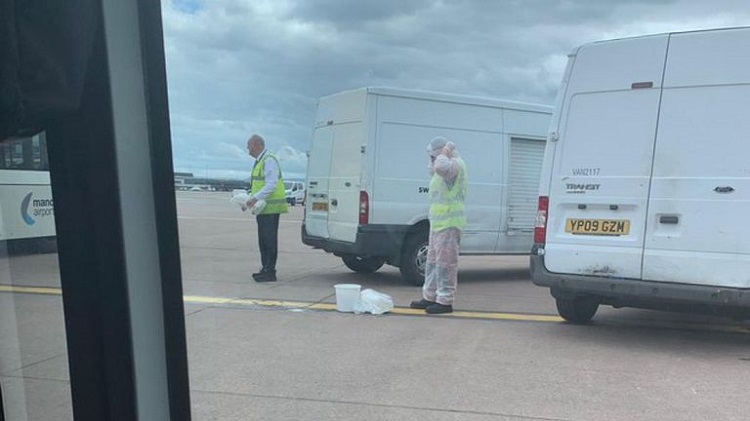 The flight operated by Flybe was met by emergency service including ambulances on its landing. Some of them were dressed in protective clothes. More than 100 people of the plane in question flying to Manchester were taken by health service. It was due to the incident of the fellow passenger falling ill onboard.

It is claimed that it has been done because of precautionary measures to ensure the safety and the ability to monitor health conditions of the passengers. The the Flight BE3122 was flying from Paris to Manchester.

According to the reports by Public Health England the measures were taken due to the fact that the passenger fell ill with probable gastroenteritis amid the flight. The plane was surrounded by police and passengers were allowed to get off after two hours. The bus was waiting for them.

The passenger with the suspected gastro-intestinal illness was taken to hospital by ambulance for further examination and treatment.

Having estimated the risks it has been confirmed that the chances of catching a disease by the passengers are very low. But it was necessary to collect data from passengers to be able to trace them in case of necessity. After all the measures, the other passengers preceded their journeys.

A Flybe representative has confirmed that the passengers were asked to stay onboard after landing in Manchester. But later they were allowed to disembark and there were no further restrictions. As for the aircraft it will operate again after going through deep cleaning.