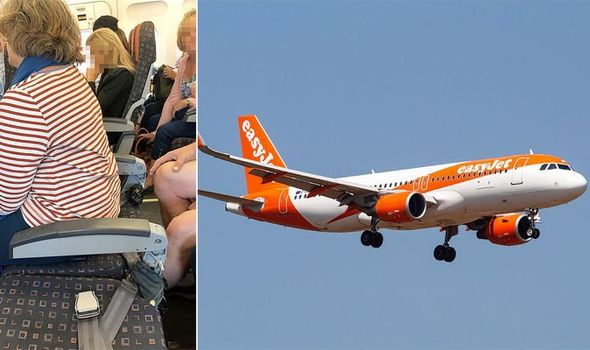 Passengers flying by the flight operated by EasyJet were surprised to discover seats without backs on their plane. The flight was flying from Luton Airport to Geneva. The photos of the seats in questions went viral at once.

On August, 6 the passengers using a budget airline flying Geneva destination were really puzzled when they got on board. According to the photo available, a female passenger occupied a seat at the end of the row without any backs. There were only seat bases and armrests.

Passengers took to Twitter to get explanations from Easyjet relating the seats on their flight 2021 Luton to Geneva. A lot of Twitter users actually were deeply shocked to see the photos.

According to EasyJet, no one was going to be allowed to occupy the seats in question. Moreover, the passenger occupied the seat only to take a photo. And the flight took off with five seats which were not occupied onboard.

An Easyjet representative has told that no passengers were allowed to fly occupying these seats. The seats need repairing and awaiting it.

Twitter users made fun of the low cost airline due to the incident with the seats. They were saying that EasyJet was going to establish extra charges for seats to have backs. So, if you do not pay extra charges, you get one without a back. Moreover, there were jokes about disembarking that next time travellers will have to pay extra charges for the company to let them use their steps.